This competition is hosted by the Tokyo Metropolitan Government and is intended to honor innovative and promising products, technologies, and services. In fiscal year 2019, the product and technology (venture technology) category received 64 applications, and THINKY was chosen to receive the Excellence Award that follows the Grand Award. 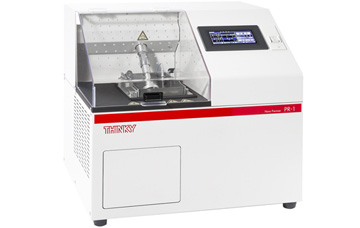